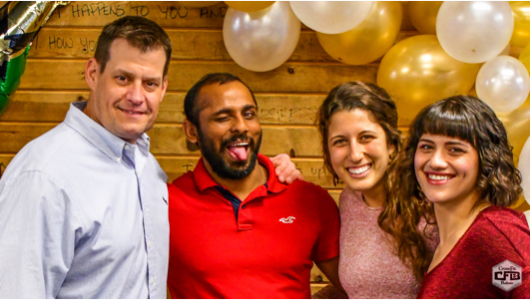 “Epidemiological studies show that insufficient sleep is independently associated with a higher risk of obesity. Clinical studies of of sleep-restricted adults show an increased hunger and calorie intake when participants are allowed free access to food. [7] A preference for late evening or nighttime food intake and increased snacking has been observed. [9] There also appears to be a food preference for higher carbohydrate and fat foods, which could partly explain the overall higher calorie intake.

Changes in hormone levels that signal either hunger or satiety have also been observed in clinical sleep restriction studies. Leptin is a hormone associated with satisfaction. When food enters the stomach, leptin is released from fat cells and travels to the brain where it signals the body to stop eating by creating a sensation of fullness. People with obesity may actually have very high levels of leptin; the more body fat one has, the more leptin is produced in fat cells. However, a condition called leptin resistance may occur in which the brain does not receive the usual signal from leptin to stop eating. In response, more and more leptin is released. Lower leptin levels as well as high leptin levels suggesting leptin resistance have been observed in sleep-deprived adults. [7]

Ghrelin, the “hunger hormone,” typically has the opposing action of leptin. It is released in the gut and sends hunger signals to the brain when someone is not eating enough. About three hours after eating a meal, ghrelin levels drop. Clinical studies have found that sleep restriction leads to elevated ghrelin levels. [9]

Despite this interesting theory of poor sleep leading to changes in appetite hormone levels, other studies have found no changes and therefore the association is still inconclusive.

Despite this interesting theory of poor sleep leading to changes in appetite hormone levels, other studies have found no changes and therefore the association is still inconclusive. [9] Conflicting findings may be due to differences in the study participants (e.g., age, gender) and differences in how the researchers defined the duration and severity of sleep restriction.”

Set Up: Athletes will set up facing the wall, Med Ball behind them to squat to, feet under shoulders, arms straight over head. Athletes should get as close to the wall as they can while reaching a full depth squat.

5 Eccentric Squat Therapy Squats (0:05 on the way down)

5 Pausing Wall Balls (0:05 pause in the bottom of the squat)

3 Box Jump Up Step Down

“OPENING UP” (AMRAP – Rounds and Reps)

Add 10 Wall Balls Per Round

Add 10 Wall Balls Per Round

1:00 Elevated Spiderman on Box (each side)

1:00 Elevated Pigeon Pose on Box (each side)